In my continuing effort to post a blog entry on a weekly basis (and annoy the living shit out of people because, frankly, I sort of adore the idea), I’ve decided to follow up on last week’s post regarding the pathetic amount of Latinx writers on the crime scene.

How best to remedy or at least begin bandaging this issue? Signal boosting, yah mf-ers.

So today, let’s celebrate Hector Duarte. In his own words: 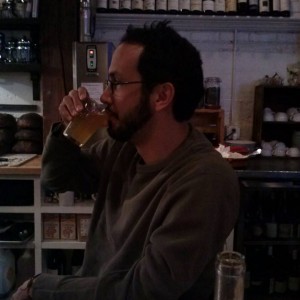 Check out his interview over at Digital Media Ghost to get a really solid feel for the kind of writer and editor he is.

He’s also working on a first novel and that pesky thing called, ‘getting married’. All the luck in the world, homey. It’s a hell of a thing to find that person you know you can partner up with forever.

Hector’s celebrating the release of his short story collection (belated Happy Pub Day!), Desperate Times Call. It’s 160 pages of weighty, tough fiction; noir in its purest form. I’ve only just started reading, but Hector’s off to a promising start with this debut collection and I get the feeling we’re all in for a real treat when he finally finds a home for that novel he’s working on.

Lastly, Hector’s making an appearance in next year’s Latinx-focused anthology, ¡Pa’que Tu Los Sepas!, edited by yours truly. Hector’s the MVP because I already have his story in hand and my first read through was very enjoyable (don’t mean I won’t have notes, my dude, but still…).

So make with the clicks. Go read the work. Boost the writers. Maybe add a 23rd to that list.